"Orange Umbrella" and two other images from this series, plus a pool image from "California Ruins" are included in Getty, 2011-2012 initiative "Pacific Standard Time: Art in Los Angeles, 1945-1980" for the Palm Springs Art Museum's "Pacific Standard Time" exhibition "The Swimming Pool in Southern California Photography, 1945-1982" opening January, 2012. http://www.pacificstandardtime.org. "The Motel Series" grew out of a portfolio on "California Ruins" that I ibrought to California Magazine, published in the Nov. 1982 issue. Once the magazine took over the direction of the "Ruins" Series, I began shooting a new group of images where I could have complete control again. "The Motel Series" was shot on Kodachrome 64 film, with my Olympus XA Camera, in Desert Hot Springs, CA. Later, these motels became chic "spa retreats" converted during the 1990's. A selection of prints, from "The Motel Series" was gifted to the Palm Springs Art Museum, for their permanent collection, in 2002. 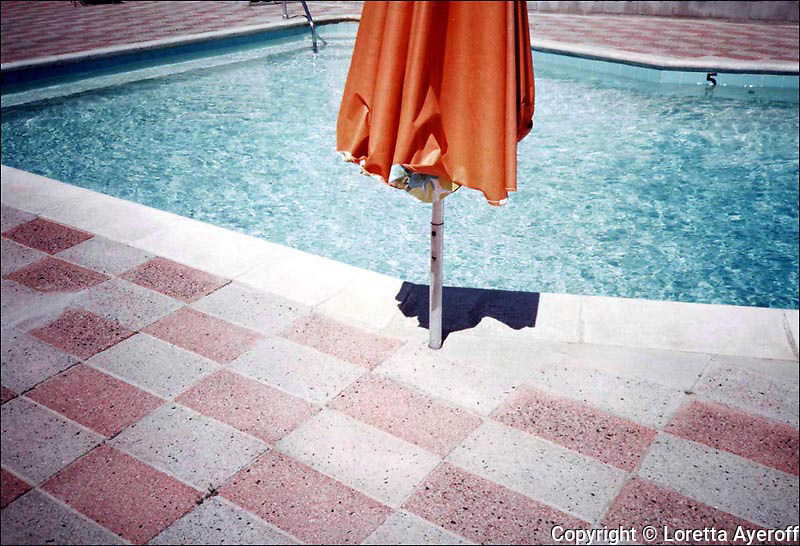